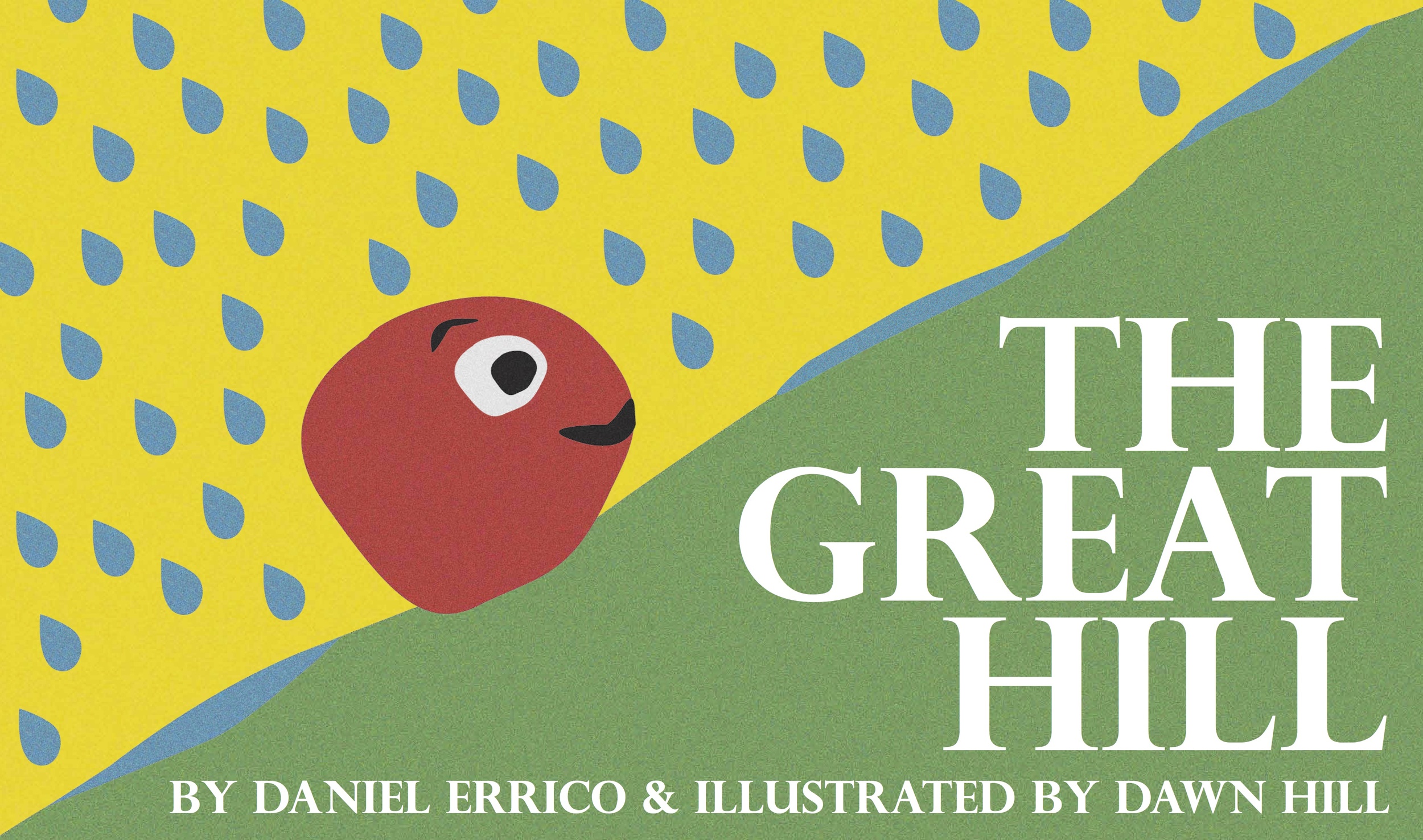 On the Great Hill, Yolks climb all day and all night. Follow one Yolk as he gets passed by others who happen to be faster at climbing. When he finally meets a Yolk who climbs even slower, he finds that there is one thing he has forgotten. Do you think he'll make it to the top? The allegory of The Great Hill teaches perseverance and perspective.

Before time was time, there was a Great Hill.

And on the Great Hill there lived the Yolks.

The Yolks spent their entire lives climbing the Great Hill, trying to reach the top.

One Yolk in particular was a very slow climber. He was different than the rest of the Yolks.

When he climbed, all the other Yolks passed him.

It was hard for him to watch them pass by.

He felt like the worst climber in the world.

Some Yolks made fun of him as they passed.

Some Yolks wanted to help him climb but he didn’t let them.

It was hard for him to climb. It was even harder when it rained because the ground got slippery. Sometimes it seemed like it was only raining on him.

There were times when he felt like he wasn’t moving at all.

Then one day he met another Yolk who climbed even slower than he did.

He helped the slower Yolk climb.

“Thank You,” said the slower Yolk.

“You’re Welcome,” said the slow Yolk, “I can’t be of much help to anyone else since I climb so slowly.”

“Well yes. I watch other Yolks pass me all the time.”

“I do not know if you are slow or fast, but I do know that you helped me, and that you are still climbing.”

The slow Yolk said goodbye to the slower Yolk, and kept climbing.

“Still climbing,” he thought to himself.

As he kept climbing he got better and better.

Sometimes he would pass other Yolks and sometimes they would pass him.

He had stopped paying attention.

He also noticed that some Yolks were no longer climbing.

When a yolk stops climbing it stays where it is.

Some Yolks stop climbing because they are happy with how far they have gone.

Others stop climbing because they don’t want to climb anymore.

The Yolks that had stopped climbing did not like to be passed, and they made it harder to get by.

But the Yolk kept climbing, right over them!

There were still times when the Yolk thought he was climbing an impossible hill, but he kept climbing.

Do you think he made the top?