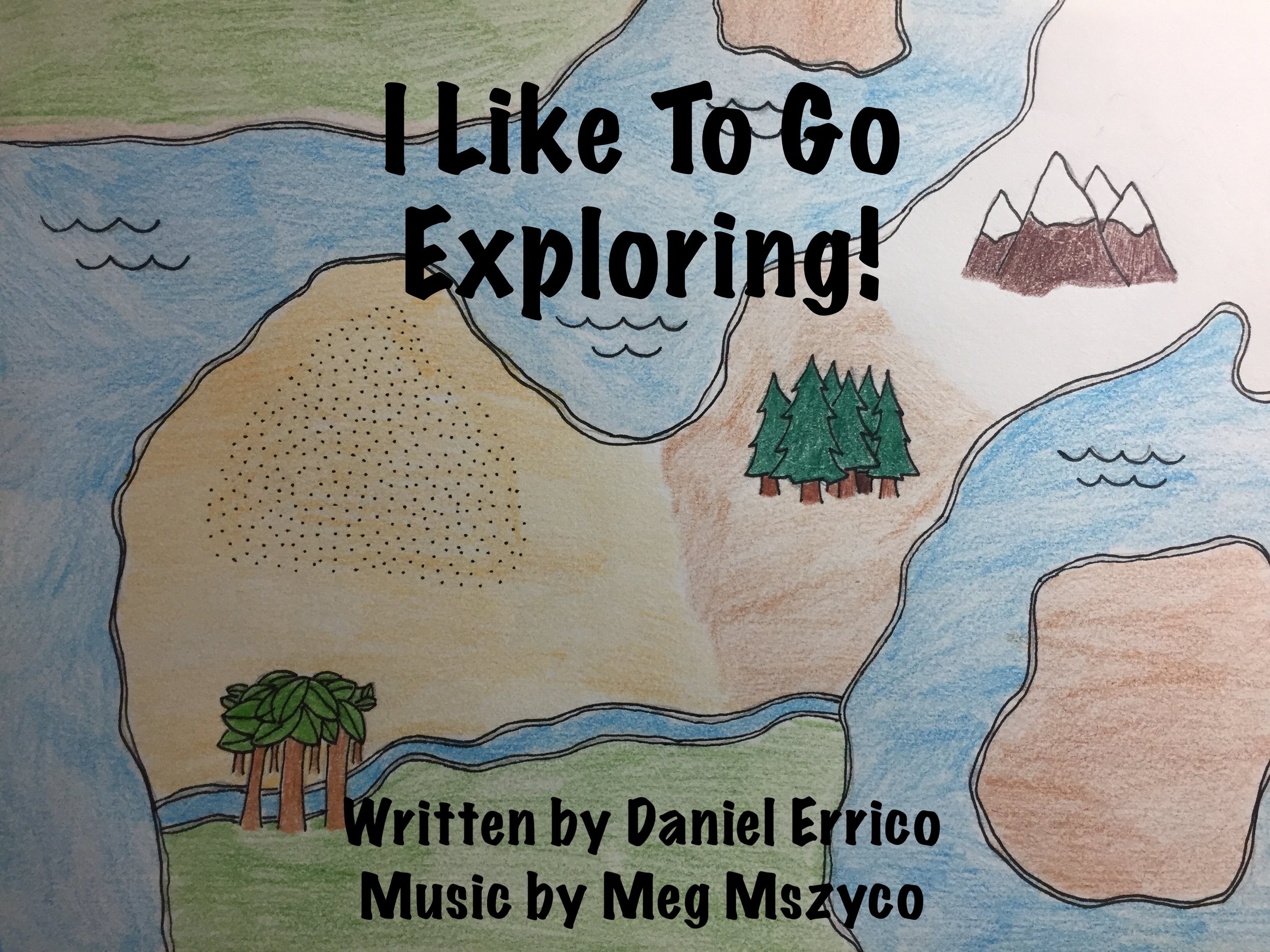 There is so much out there to explore, from polar bears in the arctic to lemurs in the jungle! Hear this rhyming kids' song about wonderful, new, and sometimes odd, discoveries!

I went up to the arctic where I met a polar bear.

You might think she’d be white, but she had purple yellow hair.

I hopped on to a glacier and I rode it out to sea.

Snow is great for sledding but it's much too cold for me.

I like to go exploring places that I've never been.

Take one step, and then another, that's how you begin.

I made it to the jungle where a toucan said “Hello!”

He made a hat from branches that he dropped to me below.

High above in vines were where the lemurs liked to swing.

They jumped around and laughed and that's when they began to sing:

We like to go exploring places that we've never been.

Take one swing, and then another, that's how we begin.

I headed to the desert where the camel keeps his humps.

He takes them off and puts them on, his fuzzy camel lumps.

We stopped at an oasis, such a magic, mystique spot,

But soon I had to leave for it was getting rather hot.

I headed to the forest where the trees were made of gum,

And if I come that way again, I’ll chew up every one.

I hiked up to the mountains where the bobcat had her band.

The goats and mountain lions joined the song that they had planned:

We like to go exploring places we have never been.

Take one step, and then another, that's how we begin.

And if you don't believe the words I wrote inside this song,

Take one step and then another, then go prove me wrong.